If you showed your mom a picture of Mario or Pikachu, chances are that even if she has never touched a video game in her life, she’d be able to tell you their names. Magic, I know, but how is that even possible? Well, even though global consumerism might’ve helped her out a bit, attributing their instant familiarity to global appeal would only scratch the surface of this artistic phenomenon.
You see, there are many design elements that are chosen to make video game characters not only memorable, but appealing to play with. It’s a key concept that goes into making your game stand out and be instantly recognizable just by glancing at the main character. Which is pretty important since they’re who the player will be looking at the most!
So, as a character designer, it’s pretty important to take note of the key elements to go into successful character design. Three of which are: silhouette, color and a special distinctive feature (we’ll get into this later). These elements not only make your characters unique, but also familiarize your game with the player.

What is a Silhouette, and why Does it Matter?

The basic definition of a silhouette is, “the image of something as a solid shape.” Below are a few examples of character silhouettes from three very different games. Can you identify them?

Chances are that even if you only know a tad about these games, you’ll probably know where the silhouettes are from. Even without any detail, the distinctive shapes of their designs are all you need. Now put them in a game where they are interacting with environmental assets and other characters, and you’ll understand the importance of having distinctive features.

Ida, the first character on the right, is a particularly good example. Her game, Monument Valley, is filled with mostly square geometric shapes. To add on top of this intricate design, Monument Valley was designed for mobile phones, meaning that its main character will mostly be small on the screen. So to make her stand out, her designer gave Ida triangular features that contrast with the cubic design. 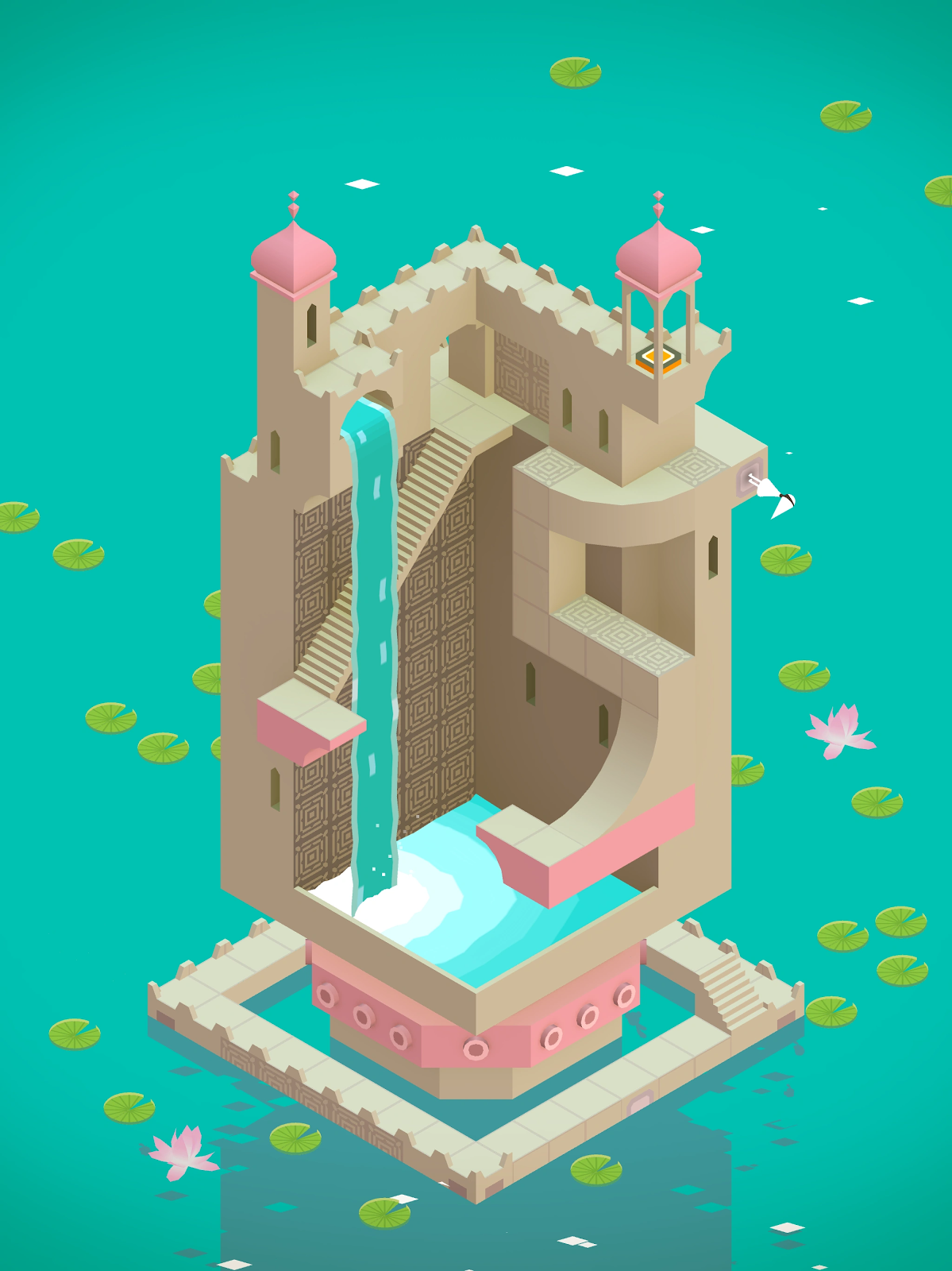 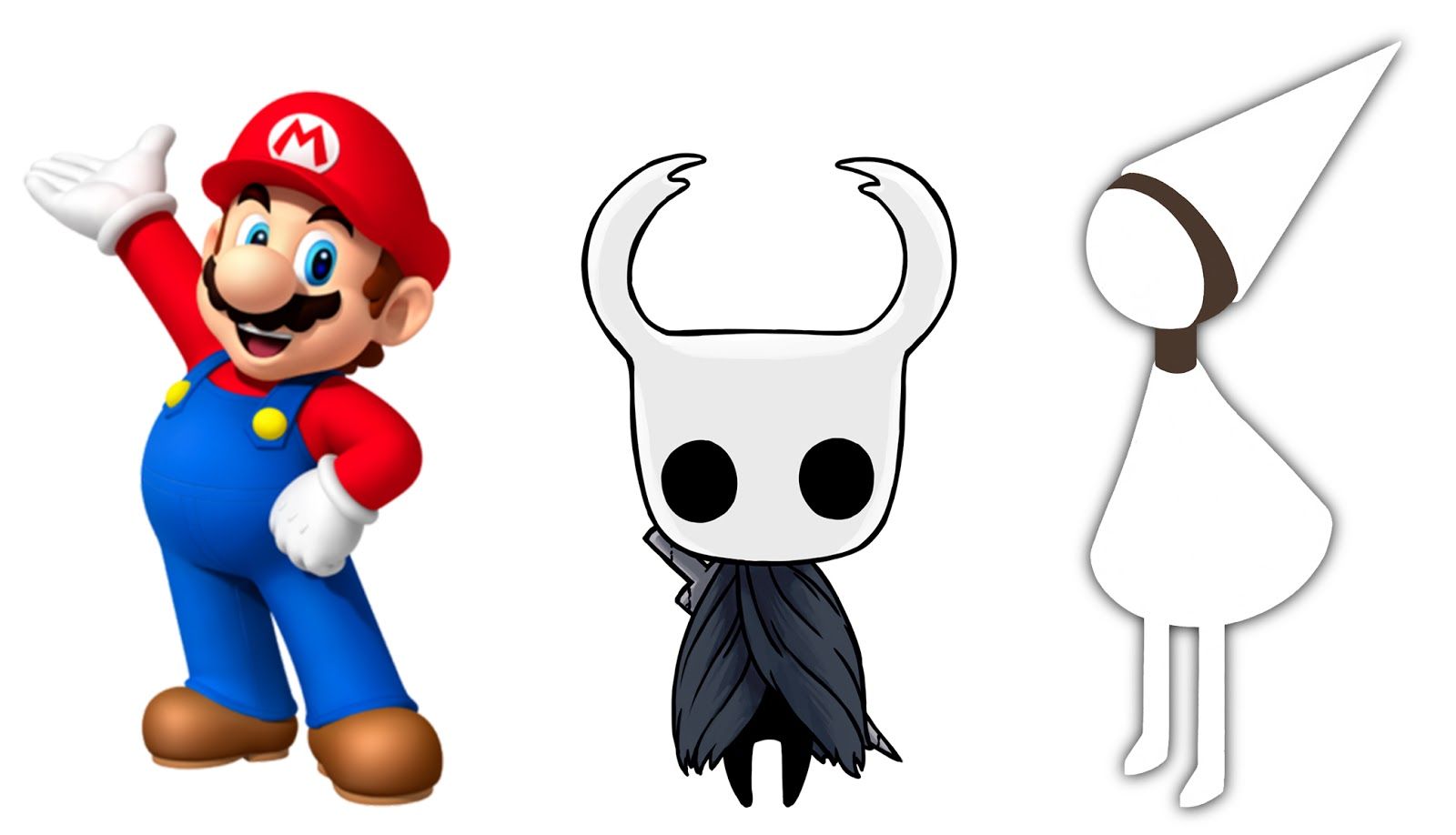 Color and the Environment

Color, our second important element, plays a pretty big role in making characters distinct in their environments. The first few levels of Mario Bros. tend to have blue skies and greens for background elements. Hence, the bright red of Mario’s costume helps him stand out on the screen and makes it easy for the player to track him as they familiarize themselves with the game. Hollow Knight (middle character) and Monument Valley are games that both feature environments in numerous color schemes. Their solution to making their characters stand out among the sea of color? Make the central point of their character design white, so the player never has a hard time spotting them. This “instant visibility” is even more important if gameplay involves some sort of combat that requires players to react quickly! 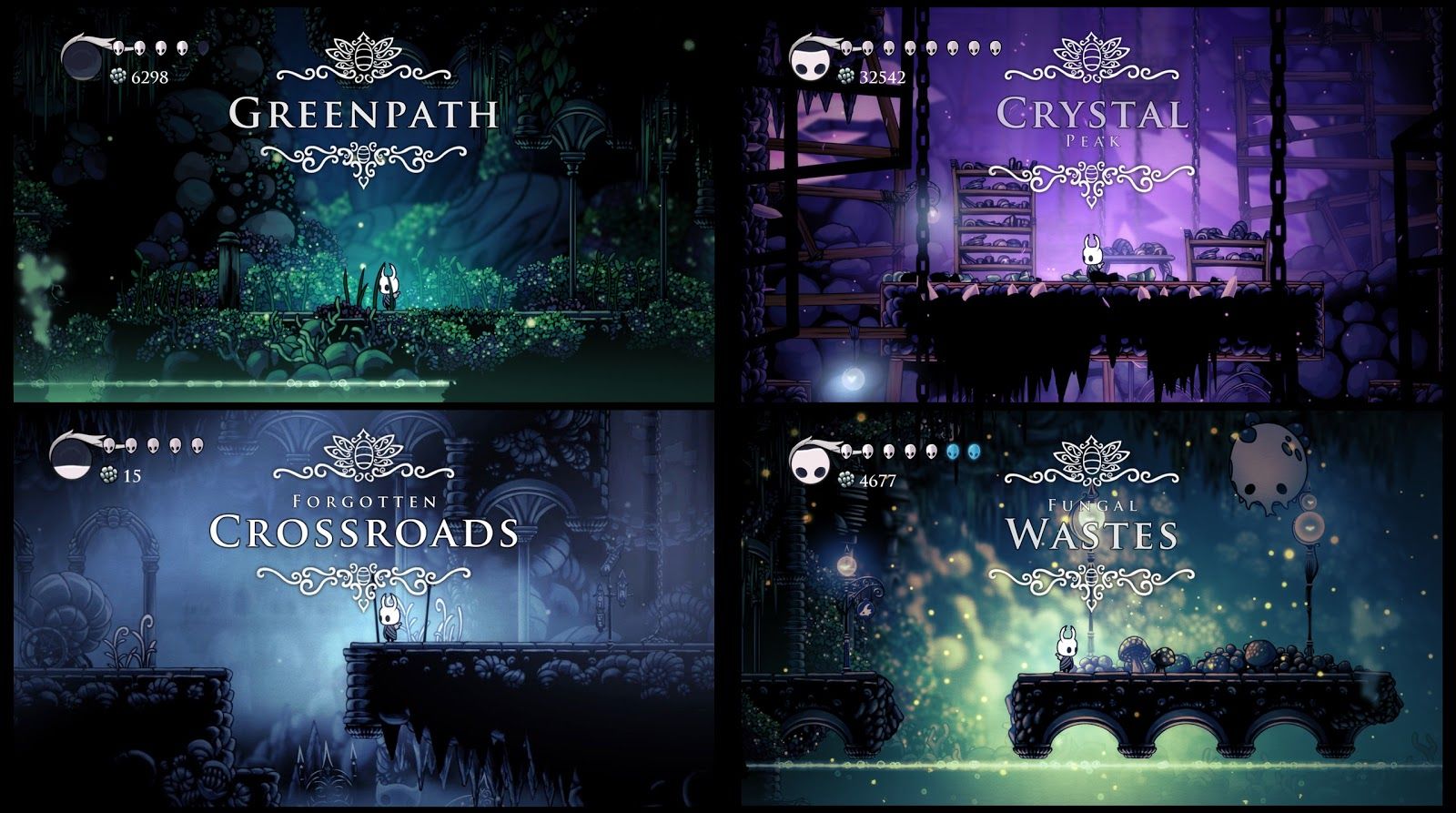 With hundreds (or thousands) of new designs being created each year, the next aspect of character design is hands down the most intricate one. I call it, the last touch. It’s that special something that makes your character stand out from the crowd (which is kinda your job). Think of Link’s pointy green cap, Mickey Mouse’s ears or Bowser’s spiky shell. Those are all elements that make said characters recognizable and not generic.  When working on a last touch, try not to think too logically; your design doesn’t need to make sense in the real world. Instead, think about the rules of your own world, a place where mushroom people and dragon turtles might actually make sense, and go from there.

So far I’ve only given examples of successful games, so you might be wondering how all of this looks in practice? Well starting from scratch: 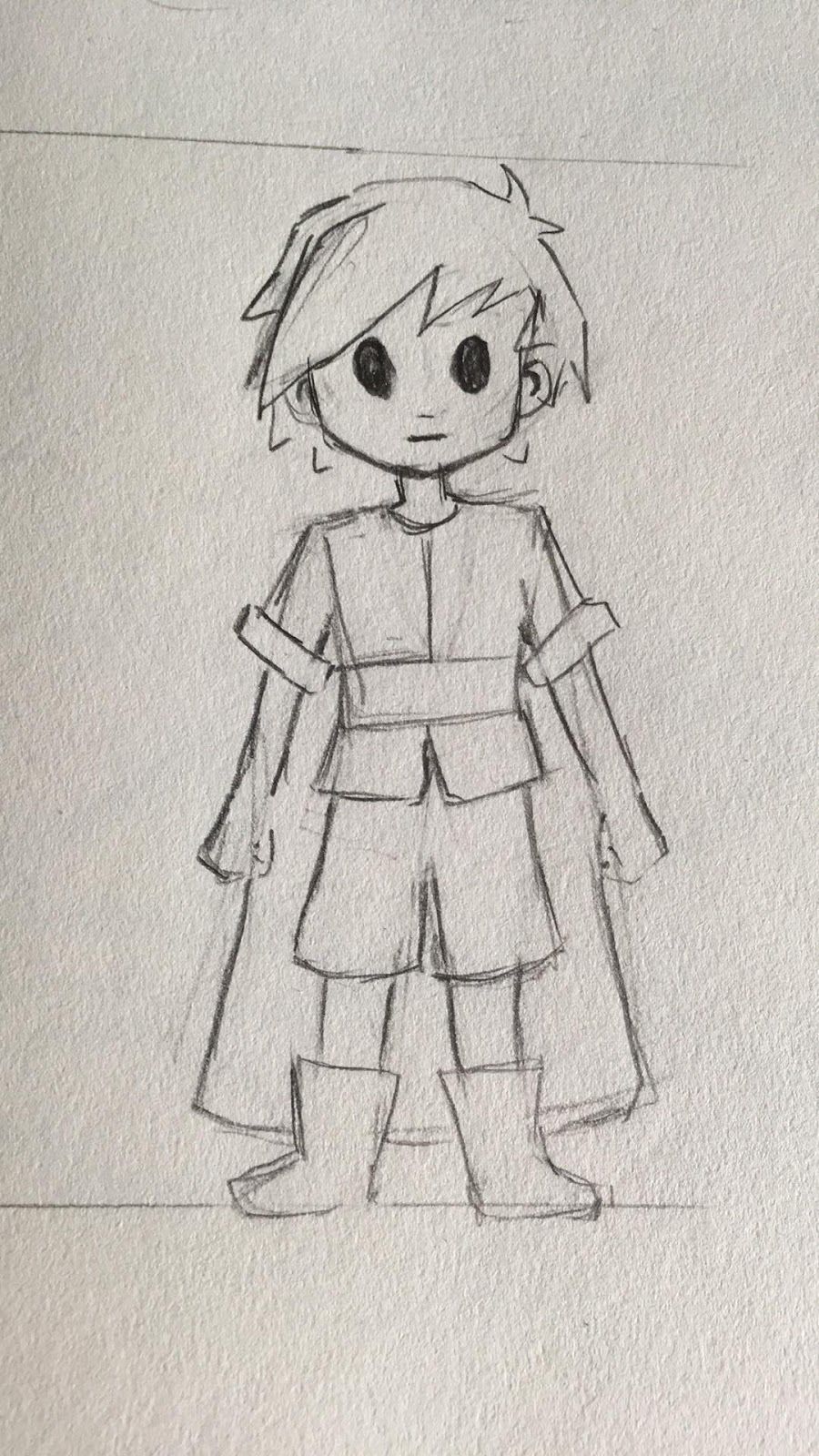 Here’s the first sketch that I did for the main character of our game Deeper Worlds. At the time, we were thinking of doing a 2D game so I initially focused on doing a simple design where the cape served as the distinctive feature of our main character.

After developing more of the character’s story and the game itself, I came up with 6 different iterations of the design. It was here that we ditched the idea of the cape and traded it for a hat which became our new recognizable feature. The next step was feedback, where over a meeting with my boss, we discussed our favourite element(s) of each iteration. 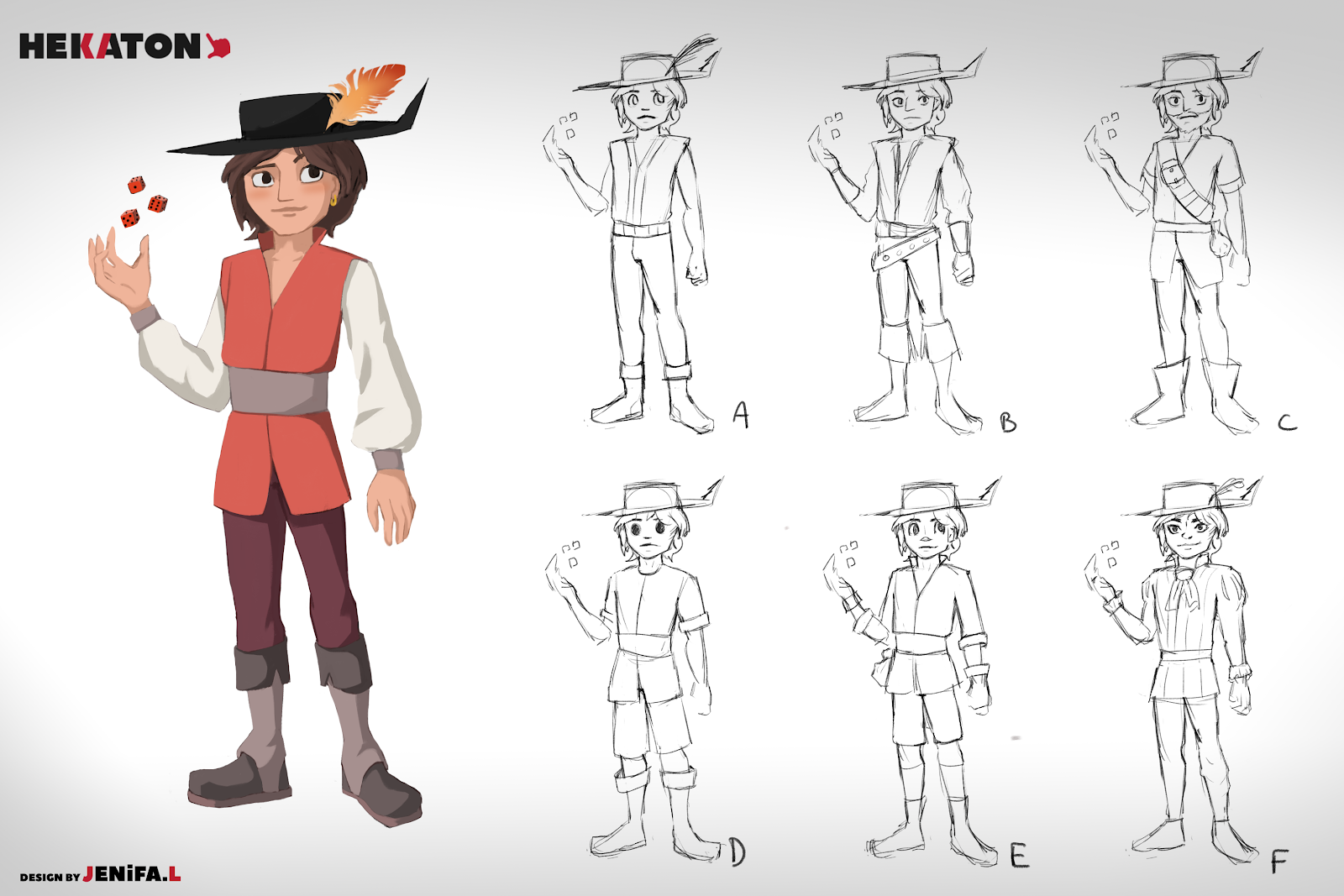 Finally, this is the final design that I came up with: a twist on a classic bard with a large Spanish gaucho hat which features a magical long yellow feather that glows, and will be the main element that helps the character stand out. And as always, it’s a good idea to see your final design as a silhouette, to ensure that your design and posing work. And voilà, you now have a main character for your game who is ready to take on his next gambling adventure!

Even with the three principles above, we’ve still only scratched the surface of what makes good character design - things like, your choice of references, thinking out your angles and a plethora of other principles, play a role in making work that not only stands out, but is effective for your game. However like all other aspects of art, you’ll gain more experience as a character designer with practice; with time you’ll figure out a way of doing things that works for you. Just keep studying! 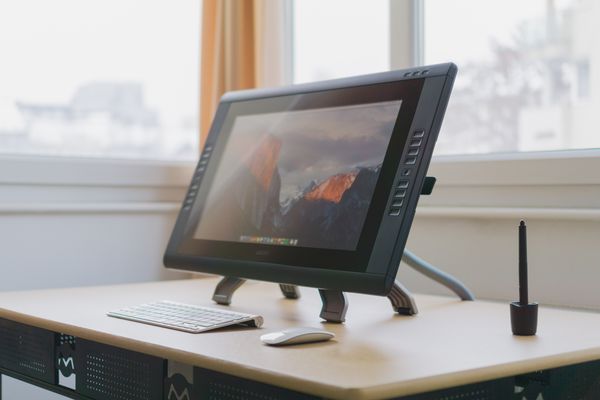 Introduction Let’s face it, as a recent graduate in the video game industry, you’re probably not going to land your first job at a big studio. The good